As a Christian, I have gotten to know a wide variety of people that I wouldn’t have even met otherwise. Left to our own devices, we tend to make relationships based on rather superficial commonalties. Our reasons for gathering are sometimes downright petty. There are groups for people who like the same music, or who enjoy drinking beer and watching cars race around in circles, or who own the same brand of recreational vehicle, but when Jesus draws people together to worship and learn to live a new way, a wonderful chemistry occurs.

Opposites, when it comes to people, often really don’t attract; they fight or simply avoid one another, but this sometimes volatile mix is the only way the church has the potential for expressing the incomprehensible vastness of God’s character. Jesus’ original bunch of disciples was an odd mix who wouldn’t have naturally liked each other. Fishermen, tax collectors, egghead intellectuals, and common proletarian types all gathered around the One who called them in the first place.

If we put aside our differences and cling to Christ, we find plenty of common ground as well as a diversity that broadens our narrow lives. Some churches, perhaps by design, tend to attract the same types of people. There are churches favored by artists, intellectuals, punk rockers, professionals, old folks, and other non-spiritual preferences for being together, but I have always desired more variety in my churches.

For a while, I led a small group based on a college campus, which I found artificial and strange. I missed the babies, families, and old folks. Currently, a lot of my Christian friends are different from me, and I like it that way. Even though I’m a teacher and a bit of an intellectual goofball, my friends include engineers, contractors, carpenters, mechanics, and even an art dealer. Some of them have read very few books and watch movies that I consider lame entertainments, but I love them anyway.

Some of them are younger than I am, and they keep me energized. I especially love the older ones, though, who can look from the other side of careers and parenting and share their wisdom. I’m thankful for all the good Christian folks I have known over the years. Some have enriched my life for a season and moved on, and with others I have made it a priority to stay connected. Most of all, I thank God they were not all like me.

I can remember overhearing two guys talking about opera after a men’s meeting. Now, I admire the talent of such singers in a purely removed and academic way, but really don’t like opera in the least, and I’d almost rather be deaf than have to listen to that stuff all the time. But these two men, with whom I had shared good fellowship, they were going on and on like opera was the greatest experience in the world. It wasn’t until then that I realized how culturally different we were, and I almost wept because I knew I would never have even met them if Christ had not been so gracious in bringing us together. 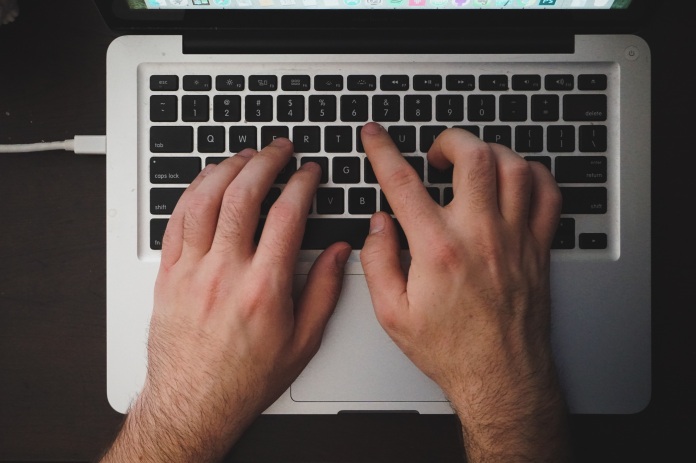 In the New Testament, the Church is referred to as the Body of Christ, and He is the head of the whole works. In much the same way as the body functions, some parts are seen, some are hidden, and some are certainly more critical than others, but what the world too often sees is a headless body, one lacking all the vital signs of the Spirit, or one riddled with sickness or maimed in the worst kind of way. On the local level, expressions of this body may be terribly dysfunctional, with too many members doing too much, too little, or nothing at all. Worse yet, some have altogether abandoned their proper places, and the individual parts that leave risk winding up spiritually dead. If I were to cut off my finger, especially the little one on my right hand, I could go on doing much that I had done before, but typing like I am doing now would be more awkward and time-consuming. In a similar way, those people who have refused to be part of the church hinder its vitality. My finger, though, without my body nourishing it, will be worse off than the rest of me, starting to die from the moment it was severed from my hand. Too many Christians who opt for a solo spiritual life are dying while they seem to live.

Of this much, I am certain: we modern people are entertainment junkies. Our days seem too much for us to bear, so we feel entitled to our little escapes. We listen to recorded music, watch videos, log onto our computers, and take it all in without even thinking about what we are doing.

Not too many years ago, the only way to hear any music was to sing it, play it, or be in the same room with someone doing the singing or playing. If we wanted drama or comedy, a play was staged with real actors doing their bit in front of real people.

We were part of a live community sharing an experience that was deliberate and special. Now, we pop in music or movies, sit back, and consume them like junk food. We spend hours disengaged, putting in our earphones and creating little media cocoons while the rest of creation spins around us unnoticed.

At this point in my life, I don’t need a background soundtrack for my life or a host of vicarious experiences to help me make it through my days. Instead, I deliberately immerse myself in a piece of music or select a movie that is worth entering into fully, and I avoid doing more than one thing at once. Generally, I don’t work and listen to music or have the television on. Consequently, I experience these potential blessings more fully, and I also turn them off when they aren’t making it for me. If a song is bringing me down, I turn it off. If a movie isn’t worth watching, I quit watching, even if I rented it for a few bucks. After all, I’m a couple of hours closer to the grave at the end of a bad movie, and I’d like to have more to show for my time.