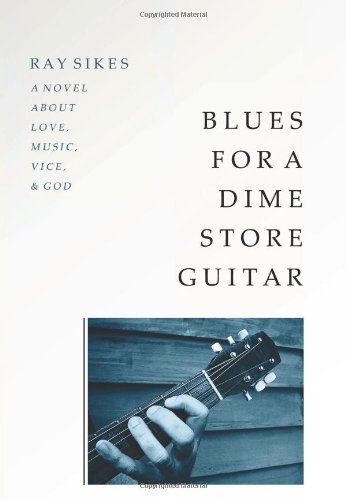 Synopsis
Set in a small town during the late 1970s, Blues for a Dime Store Guitar is about three young people trying to find their places in life, but coming to different conclusions about what that means.

Following her parents’ divorce, Angie moves in with her grandmother and dreams of traveling and having a fine romance, but then she meets Clayton. A malcontent who spends his days working as a carpenter, Clayton wastes his nights drinking beer, smoking pot, and cruising around in his hot rod Mustang. He is a frustrated guitarist who blames his brother, Duane, for the collapse of their small-time rock band. Duane, who has recently become a born-again Christian, aspires to godliness, but falls short, sometimes in ways he least expects.

All three find their paths crossing as they seek love, strive to be more like Christ, or simply look for a good time.

The author has the ability to stay detached from moralistic blacks and whites or reduction to simple answers, and he treads on the more complicated tightrope of ‘real’ human affairs…a deftly written and refreshingly prismatic look at human tendencies. -Phyllis Barber, writer, critic, professor at Vermont College